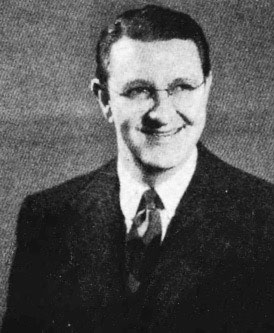 Clarence Lyle Bardo was born on February 9, 1911. Lyle began his interest in music at age 10, when he saw a trumpet in the window of a local music store. His mother was a musician, so she encouraged both young Lyle and his brother Bud to pursue their musical interests. The brothers created a “radio station” at home, where they pretended to have their own show, performing music of the time.

By age 13, young Lyle was playing with the Fresno Municipal Band. When his father passed away, the family moved to Oakland, CA, where he attended St. Mary’s College for two years, followed by two years at UC Berkeley, where he graduated with a bachelor’s in music. Both brothers became members of the Athens’ Athletic Club orchestra, which appeared on KGO on March 24, 1932. Lyle was trumpet player and arranger for Tom Coakley’s orchestra until the group’s end in 1936, when he returned to UC Berkeley to complete his teaching credential.

While teaching at Sunnyvale High School, Lyle played gigs and became a member of KFRC’s “The Breakfast Gang.” At KFRC, he was conductor and arranger for the nationally broadcast Saturday night show “San Francisco Sketchbook,” which featured a full orchestra. It was during his tenure at KFRC that he brought a local young boy, Merv Griffin, to make his radio debut. KFRC eventually cut live music from its lineup, offering Lyle a position as a DJ. He declined and began arranging music for Shipstad and Johnson’s Ice Follies and the Bohemian Club of San Francisco.

In 1958, Lyle returned to college to pursue a master of arts in music at San Francisco State University. Lyle began teaching at Emeryville High School. During summer months, he was an arranger and conductor for Showtime U.S.A., which was part of the San Leandro Unified School District’s summer Fine Arts Workshop program. Showtime U.S.A. became Young America and later Youth of America. His wife, Lynne Bardo, served as treasurer of the organization.

Mr. Bardo served as conductor and musical arranger for Youth of America until his cancer diagnosis in 1977. He passed away of metastatic cancer on January 9, 1978, in San Francisco, at age 66. Two busloads of children attended his service.

I asked Mr. Bardo’s oldest daughter, Denys, what she thought her father would most want people to remember about Youth of America. She shared three things. First, her father loved that the YA students put so much time and effort into developing their music skills. He was deeply affected by the students’ interest in their own musical abilities and their passion for learning. In many ways, he was just like them as a child. Second, music is what he lived for—he believed music to be the food of life. Finally, he wanted to arrange music that would show off the hard work of the children—to show the world the beauty of the music the children could make.